04 fev CELEBRATING THE PAST, BUILDING THE FUTURE

In this occasion, all its employees were involved into a great team building, with everyone contributing to the realization of the celebration party, held during the night.

In fact, the concept behind it, was that Raccortubi Group offers tailor-made services to the market, thanks to its large availability of products off-the-shelf, and its production capacity, enabling to manufacture special pieces to customers’ drawing.

So, what better event, than one created by the employees themselves?

A majestic Italian villa as setting (Villa Borromeo, Cassano d’Adda), good music, tasty food, and a high sense of committment: these were just some of the ingredients that made Raccortubi’s 70th birthday so special!

Some told the story of the Company in an engaging exhibition, some created the recipe for Raccortubi’s cocktail of yesterday and tomorrow, some decorated the location in the corporate style, some filmed the preparations and chose the music to accompany the party, some invented games and entertainment (e.g. Raccortrivial and Raccortubi bowling)…

Everybody gave its contribution and it was absolutely fundamental, as everybody’s contribution has led the Group to where it is today.

The celebrations took place on 6th December, giving the participants the opportunity to exchange seasons’ greetings in an even more joyful atmosphere. 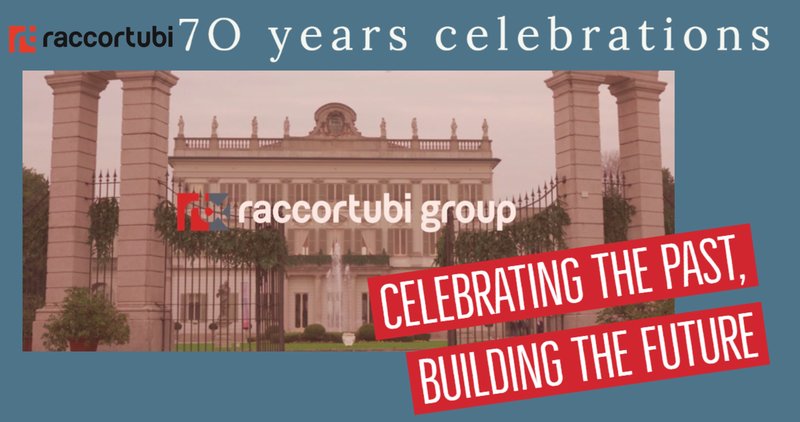 Check out the event video here!